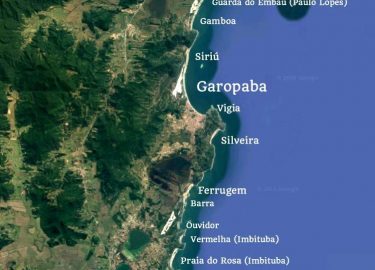 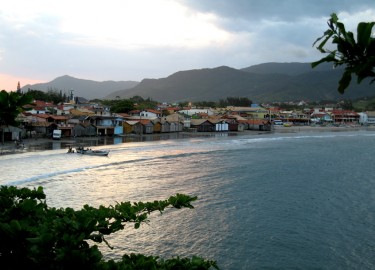 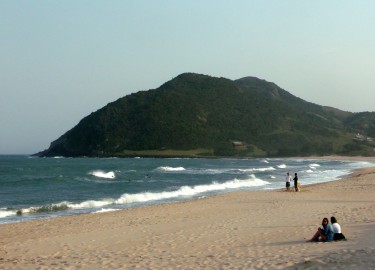 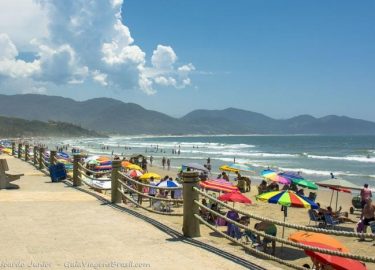 Garopaba is a city with 9 beaches, Gamboa, Siriú, Garopaba, VigiA, Silveira, Ferrugem, Barra, Ouvidor and Vermelha surrounded by the Atlantic South Forest and where you can watch the whales in winter, and also has the largest sambaqui the world.

The beaches are great for surfing, bringing surfers from all over the world to enjoy their waves. Garopaba municipality was named only in December 19, 1961, when he left the district of Palhoça. Origin of name: this name is spelled ‘ garopaba ‘ in Turin letter in 1523 or so: ygá , upaba , guarupeba . Mean inlet boats , the rest or the blessed place .

The reproductive season of whales in Brazil is from July to November, but the best period for observation in the main area of concentration, the APA Whale, is between the second half of August and first half of October , when a larger number of whales came usually in the region, staying for several days in the creeks .

In Santa Catarina , Brazil , the Right Whale Project succeeded in 1995 to the State Government to declare the species as Natural Monument State .
The Project also proposed and fought to obtain approval for the Environmental Protection Area of the Right Whale , created by the federal government in September 2000 that protects the most important area of ​​reproductive concentration of the species in Brazil , some 130 km along the coast between Florianópolis and Cape Santa Marta , in the city of Laguna .

The nature Garopaba presented with the most beautiful beaches in the state’s coast. Discovered by surfers in the 70’s, its spectacular waves attract tourists from all over the country lining the charming inns and good hotels . Framing the scenery, lakes ,mountains ,rivers and coastlines emerge everywhere. There are also several forests, nature trails, waterfalls and several alternatives to practice ecotourism .
Main distances :